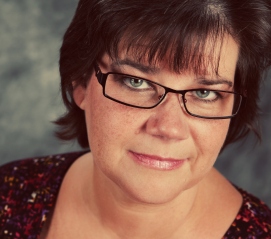 I have always been inspired by kids. From the time I was 16 and working at Kindercare, I have loved young children. They see things with innocent eyes, and that is refreshing to me. Their perspectives, their enthusiasm, their curiosity…all of it, just makes it a pleasure to be with them. I went from a daycare worker in high school to a child development worker in college for all 4 years. Then right into teaching, until I had my own house full. For a season I stayed away to raise my little ones, but soon I was back as a preschool director, before stepping back into public schools once more. My point is that children have had my heart for a lifetime. There is something about the way they soak up information that fascinates me…has always fascinated me. Working with them has brought me so much joy and really infuses me with inspiration. It is not the kids who have tired me out.

I have found others along my journey who feel the same way about kids that I do. I work with an entire staff of them. Women and men who find energy in creating ways for kids to learn. Who feel motivation rise up when researching teaching techniques, buying school supplies, and creating lessons. They love kids and they love the light bulb moments when their students suddenly get it. They live for those moments. These teachers find joy in sitting with their students…discussing, challenging, brainstorming, questioning topics of all kinds. It is their life’s work to pour into kids and help them to find their way. You might think I am referring only to subject matter, but from my experience with them, these teachers work far beyond standards. They build up. They work through conflicts. They often times provide clothes for kids who don’t have much. Or food for those who are hungry. They teach friendship. They teach value. They are amazing, these colleagues of mine.

There have been more than a few times in my career when I have been frustrated with the state of education as a whole. Each time I have made a list of the pros and cons of my job. Over the past five or so years, the con list has gotten longer and longer as the changes in education and in our county have taken their toll. But always on the pro side were the kids and the colleagues. Those two things have far out weighed the growing list of negatives. Despite the growing stresses, I have continued to feel hopeful and even excited about what I was able to do in the classrooms in which I have worked, whether I was push-in or pull-out didn’t matter as much as helping kids who struggle. I have continued to love kids and have worked hard to motivate and inspire them.

In the meantime, the morale of teachers has begun to drop. The constant changes of standards and evaluation methods have become disheartening. The public bashing us, the politicians blaming us, and the administrators hovering over us have caused even the most Polly-Anna of us to be downcast. I love my colleagues, but the lack of collaboration and innovation that has been taken from us has made the working environment difficult at best. This has shortened my pro list to the children…and still the scales tilted in that direction, even with only one item in that column. Those kids are pretty special and have great value. Enough to cancel out all the other.

But then came the tipping point.

It was 3 years ago when I was removed, in the middle of the year, from an award-winning program I had helped to build with an amazing team for 7 years. No reason was given for the change. It wasn’t the removal itself that was the issue, it was one phrase… “It is no longer your concern.” That signaled a significant change in policy, which has been gnawing at me ever since. I asked questions like why are you dismantling this program that has been so successful? What about the intervention plans for the kids? What about meetings that are already set up for the parents? What about the files? What about our groups? Each question was met with that one phrase. “It is no longer your concern.” One day the kids were my main focus, the next it seemed that I was no longer allowed to have any say in the lives of my students or the school in which I had worked for so many years. The files were gone the very next day and I was never asked one question about any intervention plan or student I had worked with. Nor was I invited to any meeting about them.

Since that time I have been attempting to do my new role to the best of my ability. I have watched my former students struggle as the interventions they need are reduced. This year I couldn’t stand watching it anymore. I went to battle for a student and I was told repeatedly there is nothing more we can do for him. I knew this to be untrue, so I pushed. I was asked to remove a statement I had written from his records because the powers that be said, “You can’t say that.” I was told that the accommodations he required were not needed, and that our school got its hand slapped for writing them up as if he did. The scales have been tipping over a three-year period, but “they” have effectively taken children off of my pro list. State, local, or school decisions…makes no matter to me…teachers are no longer considered in anyone’s equation. We are the grunt workers who are expected to do more with less and smile in the process. Any one who questions or pushes is targeted for misery.

It is not just me that has experienced this phenomenon. Teachers all over our system have been taken out as stakeholders. They have been told not to question, just to do what they are told. It doesn’t matter that what they are told is not good for kids. Just do it. Three years ago, I contacted the board about the legality of the decision to cut interventions. Only one member followed up with me. I was told that the board is made up of business people, not educators, so they wouldn’t even know that questions to ask. That they pretty much drink whatever Kool-aid they are served. That they are not even aware of the laws regarding individual plans for kids. That they are a figure-head without much power. After these statements, it is no surprise to me that this time I have only heard silence in response to my latest concerns.

With nothing left on my pro list, I have only cons left. It has been a good run. There have been some amazing kids that have brightened my life. I feel in some way I will have to be working with kids…it’s who I am. Tutoring. Mentoring. Something. But while I wait for my new path to show itself, I think about how great it would be for change to occur. I pray that it will…for the sake of my colleagues and the children.