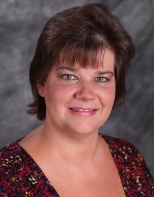 Food is my love language. Seriously. I have a long line of Southern cooks in my family to thank for this fact. Southern women, of which I am one, learn early that food=love. By the age of 6, both my sister and I could make biscuits without help. (Melinda was actually 3 the first time she surprised everyone by mixing the dough on her own.) From that point on we were a part of the cook-love-for-others-club. In the south it goes like this. Someone is hurt…cook for them. Someone has a baby…cook for them. Someone’s family member dies…cook for them. Someone gets a job…cook for them. You get the idea. For any occasion the answer is cook for them. If I have ever cooked for you, or given you food, or showed you how to cook it means that I love you. It is that simple.

All of my family memories involve food. Being in my grandmother’s kitchen was as much a part of the holidays as presents were. I got to know the other women in my family in that aqua-applianced kitchen. I remember standing on a stool so that I could reach the counter to cut out the biscuits. I felt such a part of the heritage of those women in those hectic before-dinner moments. Standing on that pedestal, I was elevated to “one of them” and I felt I belonged there. I can still picture the pots and pans on the stove, heavenly smells wafting up and mingling together in the steam that clouded the small space. I can hear the oven door open and close. I felt a part of it all, like I contributed. The kitchens changed over the years…but whoever’s kitchen we were in, the feeling was the same. It didn’t matter whether we were making holiday dinners, peeling apples for homemade jelly, mixing up a pound cake, or just having chicken and dumplings on a Saturday night; the love was cooked up and served to my heart on a plate.

Then there were the church ladies. They could cook some food let me just tell you. You haven’t tasted food until you have been to a Baptist potluck. The homemade cakes, pies, and cookies…melt in your mouth, and the mac and cheese, green bean casserole, and fried chicken were always welcomed with open arms when someone was sick. Organizing dinners for weeks after a surgery or family tragedy is a Southern woman’s first priority, and to this day when something happens to a family, I feel the need to turn on my oven before I even know the details. The compassion in my heart bubbles over in the cheese and cracker topping on the top of my casserole.

Over the years, this type of cooking has become a lost art. Partially for health reasons…I mean, taking someone recovering from a heart attack a casserole made with real butter and cream isn’t exactly helping things. Southern women, and their families have been known to be “well rounded” if you know what I mean. In an attempt to get healthy, we cut out the “real” stuff and added in more veggies and less casseroles. We reduced the sugar by at least half in our desserts. We even began making sugar free items for the potluck because we all know diabetes is rampant among Southern families and heaven forbid our cooking contribute to the epidemic! We no longer use fatback in every dish. We still cook though…because to stop would be to quench the love of God.

The other hindrance to this type of cooking is time. Back in the day, the women worked at home. Cooking was a part of their job. Planning meals, shopping, gardening, all of it was a daily occurrence. Kids played in the backyard catching lightning bugs while moms stood at the kitchen window slicing tomatoes. There were no sports practices to rush to after working all day. There was no meeting to get to. We climbed trees, and played kick the can in the front yard with the neighborhood kids. And when the bell rang, wherever we were in the neighborhood, we knew it meant that dinner was ready and we better get home. It was simple, life revolved around family, and family revolved around food.

When Hannah arrived home from her trip around the world, she wanted a home cooked meal. I was happy to oblige. Remember cooking=love. Before her plane even touched down, I had already made a trip to Fritchey’s for homegrown vegetables. Tomatoes, corn, okra, Vidalia onions, strawberries, and green beans were in my kitchen waiting for her arrival. As I rolled out the biscuits, I reached in the drawer and saw my grandmother’s old biscuit cutter, nestled right beside my “newfangled” one. I hesitated for only one second before grabbing the old green handle on the simple metal circle. It might seem silly to you, but in using that old tool I felt I was putting some of her love into those biscuits. I felt some of her pride in her great-granddaughter, because I know she would be beaming at the fact that one of her descendants went to the nations.

When I made the fried okra, I could feel Louise’s smile that her granddaughter was returning home, because I know as proud as she would be of Hannah’s mission, she would be overjoyed that she was “back home, where she belongs.” It was as if the Southern women in our family were congregated in my kitchen cooking on my stove, celebrating one of their own. Each dish I made was something I had learned from one of the women before me, or one of the ones beside me. I put all of my love, and theirs, into that meal. It is a rare thing for me to cook in the old ways anymore. I dirtied every dish in my kitchen that night. I had forgotten how involved cooking like that is, but I hadn’t forgotten the warm feeling I get when I set a spread like that out on the table. It warms my heart like melted butter and sweet honey on a hot biscuit. Food is my love language and I wouldn’t have it any other way.

One thought on “Love Language”