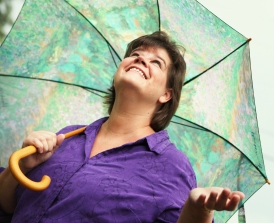 Because Bill was not self-aware I had to be Bill-aware. Much like a child, he had no concept of how he was perceived, when he was not appropriate, or how his behavior affected those around him. We developed hand signals so when he was talking too much, or too loudly he knew it. I could pull my ear and no matter where he was in the room he knew what it meant. I took over most of is jobs around the house because his brain was foggy most of the time, meaning he was not clear enough to do the bills, or organize anything, or remember the steps to some tasks that used to be routine. I did all my jobs, plus his. His therapy continued but it got harder and harder to make him go. He did not see the point, because he felt he was completely normal and fine. To try convincing him otherwise just made him mad.

One of the hardest things about dealing with a husband who was unstable was the isolation. Many friends dropped by the wayside, or moved on with their lives once he was home from the hospital and “better.” I tried to explain what was happening occasionally and met with every possible reaction from “Since he isn’t the same man you married, God would understand if you divorced him.” To “At least he is alive…you should be grateful.” Soon I learned to keep my mouth shut. To suffer in silence. Alone in every way. We stayed home a lot which seemed to set him off more. It was weird to me that when he was in the hospital the only thing he talked about was going home…but once we were home he seemed to explode much more often. That was probably because I was his 24/7 caregiver whereas before, there were others who could handle his outbursts. I didn’t know what a blessing it was for him to be in the hospital, to have others handling most of his care. When he came home I found out just how much they had been doing for him. (This is a Public Service Announcement– appreciate all medical personnel…they are angels. Truly.) The lashing out at home seemed to increase every day at first. Now I know that head injured people actually lash out in places where they feel safe and with people they love the most.   Kind of like most families are, but 10 times the intensity.

When we were out and about he was easily overwhelmed, and it became difficult to deal with background noise, and unexpected stimuli that comes in crowded spaces. His hearing was affected and he could not filter background noise. (Still cannot.) Yet people felt he was doing so well, because he could cover his agitation with talking. Lots and lots of talking. When that didn’t work I could shift things around so that his discomfort was minimized. He looked almost normal on the outside…other than the scar on his head you would not know the issues. He was a bit glazed over and walked with a slight limp, but his funny sense of humor remained intact, only there was no filter. Whatever popped into his mind came out his mouth, which caused some embarrassment from time to time. (Still does, sometimes. haha)

While all this was going on in my external life, there was a grief process going inside of me…when I had time for it. Mostly I was in survival mode, so holding everything in became my routine. I could not afford to have a breakdown, so I internalized. I lost so much…my husband, my newlywed years, our dreams, our plans, our friends, our job, and our house, car etc… When I list out what changed, it is pretty much everything. Honestly, I think this telling of my story, some 26 years later is processing it…getting it out of me. That is why the writing of it is so difficult in the hardest places. When I think of that season I get melancholy and feel pain in my heart still. For what I lost, for what I carry, for the heaviness I felt as such a young bride…23 years old…so very young.

All my friends were getting married and starting new and exciting lives together and I was caring for my brain damaged husband. It was enough to keep me away from most weddings, and showers. Plus it wasn’t easy to leave him home…hard to get a baby sitter for a 23 year old. It was easier to stay home and hide when necessary. Over the months the mood swings were not as frequent…but still dangerous and scary when they came. Eventually he got his driver’s license back which was also scary and dangerous, but he passed the test and was given clearance. Letting him drive alone was still a ways off, but having him drive with me as a passenger was a first step…kind of like a learner.

I cannot tell you how scary it is to be a passenger in a car with a driver who goes into a rage. It seems that he was very insecure when driving and though he had the skill to perform the task, mentally he was a basket case…only he didn’t know it. If a car got anywhere close to us, he would scream at the driver to get over. He was so scared of crashing that his hands would shake. He would fixate on whatever the driver did and ramble on and on about it until he worked himself into a frenzy. His agitation made my fear kick in and I dreaded going home because I knew I was in for a blow up. If we even made it home before the volcano erupted.   All in all it was a hard time in my life. That’s actually quite an understatement.

On the brighter side, which is easier to see 26 years later, there were some things I gained from all of this. One was a deeper relationship with God that transformed how I viewed pretty much everything. Another thing I learned through all of this was how to read people. What I mean is that I had to watch Bill’s face and body language like a hawk. It started out a fear thing, self-protection, but it eventually led to my watching people all round us. Their reactions to Bill…his reactions to them. Always watching and trying to anticipate issues before they turned into explosions. Always keenly aware of our surroundings. It was a skill I developed because of the place in which I found myself. 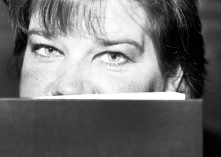 However, I started to see things that crossed faces without words. Things I wasn’t really looking for but were there nonetheless. I learned to see fear, insecurity, lack of confidence, depression…because all of that resides behind the eyes and body movements and those emotions are in sync with the outward person. You can say one thing, but I could tell by your eyes or body language if you were lying or hiding your true feelings. Bill still cannot lie without my knowing it. I can read him, like a book.   When I speak into people’s lives, they have told me that they cannot understand how I have such insight and wisdom. This time in my life honed the quiet skill of watching and listening to people. God used this most difficult time to develop sensitivity in me. My broken heart can easily see the brokenness that others try to hide, or do not know how to express. I recognize it because I lived it.

I have found that everyone has issues, and most of us are trying our best to overcome them, but stuffing feelings only works for so long. Masks don’t do the trick…because your eyes still show. Your eyes tell your true story. Eventually, the pain is too great to ignore. Having someone who can identify it and help you face it is a skill that God developed in me through heartache and hardship. He puts those people in my path who need encouragement…sometimes only for a season, others are more long term kindred hearts who stay around. Either way I am grateful…grateful for silver linings that shine out from behind the storm clouds.