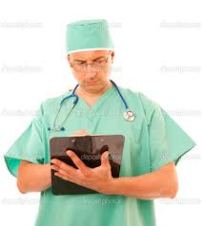 On day two, we were met in the hallway by the plastic surgeon, who asked what kind of vehicle Bill had been driving.  I thought it an odd question but I told him a Toyota van…the kind with no front because the engine is under the seat.  He got a quizzical look on his face and said that he had pulled a ton of splintered wood from Bill’s head when he was attempting to sew him up.  We all knew that a Toyota van is pretty much made of plastic and so it sparked some questions about the accident.  Until this day I hadn’t asked or thought much about what had happened.  This conversation left some lingering questions that eventually led Ray, Bill’s dad, to hire a private investigator to piece together what had happened.

On this morning however, I just wanted to get past the doctor to see my husband so I tried to make the conversation short.  Later it occurred to me that if they had allowed someone to go in and sew his head up that they must’ve thought he would live.  Indeed, that was true.  There was improvement in the night and the swelling had gone down to the point that they did not have to induce a coma, or drill holes to relieve pressure from his brain.  That morning, when I went in to see him he looked up through his two black eyes and said, “Hey Shell.”  They were the two most beautiful words I had ever heard.  My tears were quick to appear.  Even as I write this they fill my eyes again…over 20 years later.  Of course, right after he said that he started counting backwards from 60 again, but it didn’t matter.  He had come back to me.  When Louise came in, he stopped his loop of repeated phrases long enough to say, “Hi mom.”  And there were more tears.  He knew us.  That brought us more hope than I can say.

He was still tied to the bed.  He was still combative.  He was still yelling and repeating things over and over and over at high rates of speed.  Counting from 60 to 1 was like the speed of lightning.  So fast.  I have tried to count as fast as he did and cannot come close, and once he started at 60 he had to finish.  You could not interrupt him, or distract him from his task.  We wondered if they had asked him to count backwards at the scene in order to assess him.  Wherever he got the idea to count backwards from didn’t matter, he would not stop.  It was his default setting.  That and “rewind the tape” were the two things that could not be discontinued.  He may throw some other phrases in, or he might say something to someone in the room, but he went back as soon as he could.  He was still trying to get loose.  They had added a chest restraint along with the ones on his wrists and ankles.  He continually begged to be let go.  This was the first experience I had with having to tell him no.  It did not make him happy.  If he could have understood the explanation of why he had to be tied down it would have helped.  However, no matter how many times I told him, he didn’t understand.

The waiting room was getting crowded.  Overflowing.  My mom moved to the lobby to make more room for friends.  My fog had lifted and I was able to converse with people more so than the previous day.  I watched the clock like a hawk, waiting for my 10 minutes.  The issue became that other people wanted to go in to see him, and this meant I had to give up some of my time.  We split the 10 minutes into five minute intervals.  I went in for five minutes with one other person.  Then Louise went in for five minutes with one other person.  That way one of us was in the waiting room to visit and to monitor those coming in and out.  It was a pretty good system.  When I was in with Bill, Louise would send our friends in and out one at a time.  We could get two or three people in to see him during that short time.  Then I would do the same for their friends who came while she was in there.

Honestly most people didn’t want to stay long once they saw his condition.  Many paled…some fainted.  The nurses got kind of tired of pulling people out of his room.  He could kind of acknowledge people, but he didn’t know they were there really.  Mainly he begged to be let go.  That was upsetting to most, as you can imagine.  At one point during the day, he was crying, and begging so much that I had to leave the room.  It was killing me to say no over and over to someone who could not understand what was happening to him.  Louise went in to relieve me and sit with him.

Once she came out I had a couple more minutes of our time, so I went back in.  There was a ton of activity.  Nurses running everywhere.  One of them saw me and yelled, “Get her out of here!”  I was whisked away as they were pulling the curtain around Bill’s bed.  I panicked.  I was thinking it was a code until I heard someone yell, “Who the hell untied him?!!”  I knew it had to be Louise, because if I had not removed myself from the room it would have been me.   It was that hard to watch him struggle.  I went out and asked her if she untied him and she said, “No.  I just loosed the restraints on his wrists a little because he said they were hurting his arms.”  My husband is a smart man, and that did not go away when he was injured.  He figured a way to get loose and he took it.  Within minutes of his bonds being lengthened he had untied his arms, legs and somehow gotten out of the chest restraint.  He had pulled his IV out, his heart monitor off, and was out of the bed trying to walk out before they wrestled him…literally…back into the bed.  That is what I had seen as they rushed me out.  He was a handful to say the least.  After a bit, they called that little phone in the waiting room to tell me that the doctor had decided to put him on morphine in order to reduce his pain level and in hopes of calming his combativeness.  The next time we were allowed in we were given a speech about not untying him.  Under NO circumstances…no matter how much he asks or what he says…under NO circumstances were we to ever touch his restraints.  Message received.

After that little adventure, we didn’t allow as many people in to see him.  He seemed to get more agitated when there was too much stimulation.  We tried to limit it to family.  Bill’s sister Gail came and he knew her.  We figured it out as we went…people who were very familiar to him…like family, he kind of recognized. We figured that those were the people that would help him get his memory back so they were the ones allowed to see him.  At the end of another very long day, we decided he was enough better and resting that we could all leave for the night at get some sleep.  Ray had been gone much of the day since he had taken the night watch the previous evening.  For our last visit of the day we went in and Ray went with us.  He woke Bill up from his sleep as we had been instructed to do each time when went in.  He asked with a strong voice, “Bill, do you know who I am?”  Bill said, “Ray William Gunnin Senior sir!” and gave a little salute.  There was laughter as we saw his sense of humor come through the action, and there were more tears.  Ray told him, “Me and Michelle are going to take good care of you.  We are all here son.”  After that, Ray and Louise left and let me have a minute of my own.  I held his hand and as he was drifting off to sleep he looked through his blackened eyes, with a sort of smile and said, “I love you Shell.  Help me.”   Once he was sleeping, I wept.