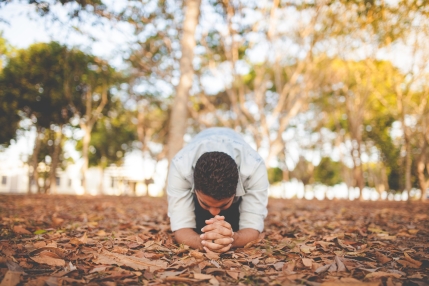 “You will find a new normal.”  I have heard the phrase many times, and in fact, I have said it to others in trying circumstances. The new normal seems like a goal, a hidden place where all things line up once again.  However, what no one talks about is the strong longing for the old normal…before.  Before my arms ached for a baby who was alive.  Before my husband changed to a different person.  Before the scars from cancer marred my body. We all have our befores. Before death. Before disease. Before dysfunction. They are right, you do adapt to the new normal and learn to cope with losses.  With each loss, I learn to deal with a different reality than I previously had to consider.  But that doesn’t stop me from grieving the old normal.  I know people who have endured unimaginable losses.  Many of them have sent me notes as my last two raw blogs were published.  Some are dealing with diseases and the limitations they bring.  Some have lost children and have gaping holes in their hearts the size of the Grand Canyon.  Some have walked through divorce and are facing single parenthood, alone and scared.  Some have lost friendships that have ruptured their souls.  Others have loved ones who have died, or children who have turned their backs. Dysfunction has claimed families to the point there is no reconciliation.  Abusive behavior of a spouse, a sibling, or a parent has caused self-doubt and condemnation to rise up. And still, people say, “You will get used to the new normal.”

I want to spit on that phrase because it denies the truth of the loss.  It says, ‘just get used to it’ or the other common phrase ‘just get over it,’ as if it is ME who is the problem, not the circumstance.  The root of the finding the new normal is acceptance of whatever the loss is.  I have never been one to blindly accept things until have understanding, until I work through what a monumental loss means to me.  I used to ask why, but I long ago realized that is the wrong question, because it leads nowhere and has no answer.  It leads me around in circles, taunting me in my attempts to sleep and it puts all the reasons for calamity firmly in my court.  I didn’t DO something right.  If I had been better this horrible thing wouldn’t have happened to me.

Instead of why, a better question is what now?  What do I do now that my life is no longer normal?   I am an optimist…or I try to be.  I look for the silver lining because there always is one.  But sometimes I wonder in trying to look on the bright side all the time if I sweep too much under the rug.  In my effort to avoid being a victim of my circumstances, have I pushed the perceived pain away, or I have I simply denied it exists? The problem with burying the hard stuff is that it doesn’t really go away.  You end up, in a place like I am in now, where the rug is mountainous thus preventing movement. It is time to pull it back and examine the pieces I have swept under there so I can be truly rid of them rather than just pretending they aren’t there.

It is times like these where I can relate to the Children of Israel in the desert.  Going in circles is tiring.  It brings out the worst attitudes.  We look at the provision of God for them and think, ‘How could they not see God’s hand protecting and providing for them?  How could they complain against him in the midst of the miracle of manna? What whiners they were!’  Now I am the one in the desert who cannot see the promised land.  Now, I get it.  How long will I wander?  How long will the promises be withheld from me?  I gather manna daily.  I have for nearly 30 years.  I watch the cloud, the hand of God, cover me and I see the pillar of fire light my steps. I depend on him for everything because I have no other choice.  I worship him in the desert, but I also do not understand why I must stay here.  If I were Moses I would have beat the rock to death out of frustration.  I can so relate to why he didn’t do what God told him to do. I am sure it felt good to hit that stone, and once he got started he just couldn’t help himself.  Meanwhile, the cynicism of the people grew to the point that once they got to the land, the giants loomed larger than God. The daily hardships overshadowed the promise.

Hope deferred makes the heart sick, it also clouds the eyes.  Hope becomes an enemy who never keeps a promise. The other shoe always drops, and the light just goes out internally as a means of self-protection. It hurts too badly to hope for a different normal.  The longing for milk and honey is overwhelming.  The loss of dreams never to be fulfilled is painful.  The dichotomy of those two is unbearable.  Instead, I find a “new normal” which denies my hurting heart expression.  I adapt.  I cope.  All while the mess under the rug gets bigger and bigger, until one day I am trapped in a room with a mountain that blocks my way out.  A day like today.  A day when life has to take a backseat to healing and where wholeness becomes a priority above all else.  A day when I decide to go retrieve hope from the old normal and bring it into the new.

7 thoughts on “The New Normal”