Reflection– 1. to show an image as seen in a mirror or on a shiny surface.

Glass surfaces capture the pictures, as in a mirror.  Two towers represent strength and power. Giants amid a skyline of giants.  Shiny images on a sparkling clear day.  They gleam in the morning sun.  They hum with the activity of monotonous days.  The smell of coffee brewing.  The sound of dinging elevators that take people to their cubicles. Doors being unlocked. Blinds being opened.  Eyes taking in a spectacular view before settling on the pile of files for the day on the desks.

In the streets below, traffic honks and slowly moves along like a snail.  The trains under the streets spill out a river of people into the already moving flow along the sidewalks.  Red lights switch to green.  Vendors feed people breakfast.  Newspaper stands empty of their daily goods. A reflection of daily life in a big city.  I can see it clearly in my mind’s eye.  A beautiful, mundane, gloriously normal day.

However, in the same mirror, others see with different eyes, an empire with arms too long.  They see abuse of power.  They see Goliath in a world of Davids. Anger blinds their eyes to see everyday people. They shake their fists and steal airplanes.  They pretend they are Luke and the buildings are the Death Star.

The first plane shatters both images, the mundane day and the empire’s power.  The glass falls and the fire rages. The normal day is ruined.  Inside the buildings, confusion is prevalent.  Fear is tangible.  It smells like jet fuel and smoke.  On the streets, shock registers on faces.  Eyes looking up see the ordinary day go up in smoke.

The second plane confirms that it is David trying to topple Goliath.  That realization sinks in, and the terror that was the goal is firmly established. The running begins.  Down stairs.  In the streets. Out the windows. Everyone moving away.  Their images are ghosts in the panes of glass they pass. 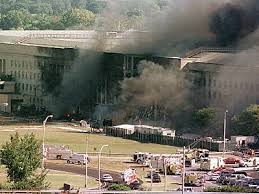 A normal day ends in Washington when another plane hits its target. Fire and smoke make their statement, as people flee, running and crawling for the doors. On full alert now, there is no more doubt about what is happening, only how far will it go and how many will die on this newly christened Historic Day.

Back in New York, the Earth trembles under feet.  The building groans as it tries to stand firm.  The unthinkable happens. It topples like it was built of sticks. The Big Bad Wolf blew it down.  The people are crushed underneath.  Chaos ensues.  Terror has a death grip.

In the sky, heroes are born.  Unity rises above the ashes.  Sacrifice is defined. Individuals, who love, stand together to lay it down for others on the ground.  They move together to wrestle control away from terror. They disappear in a field but remain hovering over us, reminding us what unity looks like.

The Earth trembles again, and by now numb, vacant stares are no longer surprised at the horror that follows the tremble.  There is a cloud of ash and eerie silence, punctuated by the beeping of firefighters alerts.  It is all that is left of these heroes. The glass mirrors are covered up with dust and the reflections show another world, a new world. Tears make lines on ash covered mime faces, frozen in expressions of tragedy.  Lives lost.  Horror realized. Terror birthed.  History made.  World changed.

The smoking rubble is covered with more heroes, like ants on a hill.  Activity is frantic and feverish to save those buried, but there is almost no one to save.  The dismay on the faces, the exhaustion, as the realization hits is overwhelming.  Their eyes tell the story.

Reflection-2. to show the effect, existence, or character of something.

A nation is stunned.  The footage is replayed times a thousand.  Our souls ache.  Our mouths are silent.  We look in our collective mirror and we see pain…but there is something else there as well.  It is resilience. It is character. It is faith. Firefighters hoist the flag over the devastation to remind us of who we really are.  The remaining panes of glass reflect the image of our nation at its core. We are compassionate.  We are united.  We are hopeful. Tenderness grows. We work together. We pray together. We grieve with those who grieve.  We celebrate with those who walked out. We are gentle. We care for one another. We love deeply. 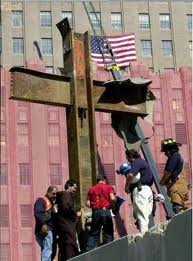 It has been 15 years. The unity flowered and brought with it a kindness of heart, for a season. However, the seeds of fear that were planted that day have taken root and grown.  They have propagated division and our country is now in discord like never before.  We have forgotten to look in the mirror and learn from the images there.  Crisis teaches us.  In the midst of trauma, who we really are shows up.  It is unfortunate that the unified spirit that drew us together in the days and months after 9-11 has all but disappeared.  On this day, a day of reflection, I believe our unified character remains…albeit hidden.  I pray it does not take another tragedy for the image to appear again as…

2 thoughts on “A Reflection”