During the time we have been in our current location, there have been some significant changes in our lives. Eight years ago, I was diagnosed with Uterine and Ovarian cancer. (Another long story for another series.) I cannot tell you how Bill stepped up to the plate while I was sick. When nurses in hospitals or chemo labs or doctors’ offices commented on what great care he took of me he told them, “You have no idea what she has done for me. It is my turn to take care of her.” And he did. Changed packing in my gut. Cleaned up bodily fluids. Held my hand. Dried my tears. Carted kids. Cleaned house. Really too many things to list, most of all he provided the emotional support in the midst of my fear and kept me focused during my medical nightmare until I heard those beautiful words “cancer free.”

Two years later, our house burned…not to the ground, but it was completely unlivable and we had to move out until it could be rebuilt. It was a major hassle, but compared to cancer it was only stuff…a pain, but not life or death. We like to think of it as a 6 month vacation on the lovely Mt. Yonah…during the fall. I could think of worse places to be. 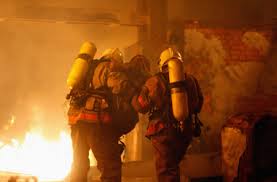 Then the economy crashed, which crashed real estate development companies, leaving Bill jobless for a couple of years. Financial pressure quickly caught up with us…as it did many, many families. Sending kids to college while dealing with bankruptcy of the company compounded stress significantly on all of us. About this time, Bill’s mom noticed some memory issues which eventually resulted in a diagnosis of a brain tumor. Seeing her decline was unbearable. For Bill, who was close to his mom, it seemed to trigger some changes in his personality. He became more withdrawn, short tempered…both things that happen when you are under stress. I noticed these changes, but chalked it up to our circumstances, his mom’s illness and constant life pressure.

In reality, I buried my head in the sand. I did not want to acknowledge the differences I was seeing in my husband. However, when each of my four children came to be independently of each other with concerns I could no longer deny it…things were changing. When Bill’s mom died, he took a drastic turn and became emotionally explosive for a time. For a brain injured person, emotions are hard to control anyway, add in the grief of losing a parent and it makes it nearly impossible. For me, it was like going back in time. For the kids, who had never witnessed Bill’s former outbursts, it was scary. They were not accustomed to the emotional roller coaster which now accompanies stressful situations. Others, outside of the family noticed it as well. Then headaches started. Seeing as his mom had just died of a brain tumor, and we were seeing memory issues, headaches, and roller coaster emotions, I decided at the urging of my children, to take him to the doctor.

Bill downplayed the idea because he did not fully see what we could all see clearly, but he agreed to go to make sure the headaches were not caused by a brain tumor. We went to his mom’s doctor since he would know the recent family history.

The doctor asked lots of questions and Bill answered them with, “I don’t know why they say I have personality changes.” The doctor asked if he had ever hit his head. I laughed out loud as Bill said, “I was in a car accident once.”

The next question was “Did you ever lose consciousness?”

I spoke up and said, “Does a coma count?” I then explained he was in the hospital for months. From that point on the doctor addressed all his questions to me. Bill explained how everyone seemed to think he was changing and how he thought that was ridiculous. The doctor was kind and explained that sometimes the people around a head injured person know better than they do and that if the whole family had noticed there was probably something to it. He decided to do a scan among other tests, to make sure there was no tumor.

We went back for the results of all the testing and he said, “No tumors showed up at all. But there is significant damage on Bill’s frontal lobe…which of course we knew, but it is quite a large area.” He was surprised at how Bill was functioning on such a high level with the substantial damage that was evident on the scan. Then he said there was “white tissue” surrounding the injury. The way he explained this is that as we age our brains soften, add into the mix a traumatic injury and the tissue surrounding the injury degenerates more quickly. It is called encephalomalacia, and it can cause the symptoms we had observed. It is only surrounding the injured area, meaning that that part of the brain is the only part affected. “This will cause regression back to his head injured state since it is around the same area of the brain. How far, we do not know, but it is an age related condition that cannot be stopped.”

Not the kind of news I wanted to hear.