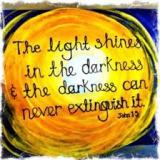 At first glance the darkness in Thailand’s red light district was overwhelming to me.  My heart was oppressed and heavy to the point I had difficulty breathing because of it.  I wondered how any difference can be made in a system so huge which exploits everyone trapped within it.  I felt the hopelessness seep into my heart, but God is not hopeless and he quickly showed me how his redemptive grace works miracles.  Each miracle is like a stone tossed into a lake, the ripples moving outward and expanding until all the water is alive with them.

Nhu was a young girl when her virginity was sold for money by her family.  Raped repeatedly for days she was returned home only to be sold again and again, until she convinced her family to give her part of the money, which she saved to pay her way to school to learn to do hair and nails. Carl and Laura Ralston, from the U.S. heard her story, searched for Nhu, and helped her.  This led them to start an organization called Remember Nhu which provides children’s homes for children at risk of being sold into the sex trade.  Nhu’s terrible trauma has been redeemed to help hundreds of other children at high risk in many countries.  Instead of being sold they are instead brought into a place where they are loved, cared for and educated.  It is prevention.  It is a portrait of grace. 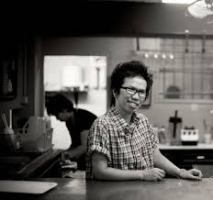 Emmi was a small child when her dad killed her mom and went to jail leaving her an orphan’s life.  Family members felt her cursed and would not take her in.  She was sent to a children’s home where she learned about God.  Many years later, when her life was unraveling she remembered the lessons from her childhood adoptive mom.  She committed herself to serve God and he called her to return to the Thai people.  Her ministry is one to the downtrodden and rejected in the city of Chiang Mai.  She reaches out to those desiring to leave the sex trade providing a safe place, job training, and most importantly friendship. Her rejection has been translated into acceptance which she pours out to those around her.  It is rescue.  It is a portrait of grace.

These are only two of the women God has redeemed.  Their stories have touched others who come to serve beside them.  Hundreds of young people, and some like me who are not so young, have had our eyes opened to the plight of the captives all because of these stories.  I watched young Americans, and some of us older ones, go into bars to reach out to women and men trapped there.  I saw them open their wallets to put money in the bowls of beggars.  I heard them share their own stories of grace and how God has redeemed their pain for his glory. I watched hearts begin the transformation process on the streets of Thailand.  I felt it working in me…the hope that looks into the darkness and tells the breath to breathe.

I saw smiles on the faces of children who avoided the streets. I heard them playing games and singing.  I was witness to their innocence.  Hope echoed in the air, singing with the birds and flitting around my feet in children’s laughter.  The sparkle of life in their eyes lighting up the day as brightly as the sun.  I realized that all is not lost.  Darkness will not win, because the truth is that each of us is a portrait of grace.  What our enemy meant for evil God will use for good.   He is a master at using the enemy’s plans against him.  I need only be patient to see how the light will shine in darkness and how each stone will impact the water around it.  We are each a portrait of grace which shines and cannot be stopped.  Where there is grace there is hope, and where there is hope there is…LIFE.

For more information on these portraits of grace go to: http://remembernhu.org/   or   http://www.lighthouseinaction.org/