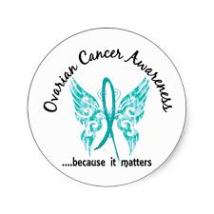 When my friend Elizabeth Taylor Goad went to the doctor for back pain May of 2012 she never dreamed she’d be planning an Ovarian Cancer Shindig for her community just a year and half later.  In fact, she had no idea that her symptoms were in any way related to ovarian cancer.  She had been feeling badly…back pain, a pain in her ribs, and she was tired, so very tired.  At her yearly check-up her concerns led to an ultra sound in addition to the regular blood work.  A shadow on her gall bladder was inconclusive, but the pain got increasingly worse to the point that surgery was scheduled.  Before the surgery date arrived she had another visit to the doctor due to pain in her abdomen, another ultra sound revealed polyps on her ovaries as well.

The surgery broadened to an exploratory surgery which exposed the truth.  Elizabeth had stage 3C ovarian cancer.  Fear came first as she, and her family absorbed the impact of the diagnosis, but as treatment progressed Elizabeth found her strength in having a positive outlook. Knowing that God would get her through and that she had more here left to do, she put on her game face.   Her battle cry was and is “My faith is greater than my fear.”  Her humor as well as her conviction that she would survive this battle began to inspire others. In order to name her enemy she calls her cancer Earl.  She says she wanted to control the cancer rather than have it control her.  Over the past year she has undergone numerous surgeries, and many rounds of chemo.  The results have been good, and her doctor is pleased and Earl is dying.  Recently she moved from aggressive treatment into longer term maintenance chemo, and it was a relief to be moving towards healing.  However, questions burned in her mind.  “What am I here for?  Why me when so many others don’t make it through? What do I have left to do?”  Knowing many who had fought and lost the battle only made her more determined to find her purpose.

She says her only talent is talking, so she figured she could help raise awareness of this silent killer.  And raise it she is.  Elizabeth has partnered with the Georgia Ovarian Cancer Alliance to put together the first annual Elizabeth’s Shindig.  September is Ovarian Awareness month so it is perfect timing for it to be held on September 21st from 9-5 at Babyland in Cleveland.  There will be a Rat Rod/Car show ($35) from 1:00-5:00.  There will also be a motorcycle/car/jeep ride ($35) from 9:00-2:00. There will be a Cabbage Patch soft sculpture baby named Cheryl Lynn after a friend of Elizabeth’s who lost her battle to ovarian cancer recently.  She is designed specifically for the event will be raffled.   There will be vendors with crafts, kids’ items, and food.  In fact, there are still some spots for more vendors available.  If you have a group that wants to raise some funds, consider setting up a booth.  The fee is only $25,or $50 for food vendors.  To show support for Ovarian cancer patients they are selling “Riding Teal We Find A Cure” t-shirts for $15. You can get one at www.ridingteal.us  Even if you don’t purchase a t-shirt they are asking everyone to wear teal.   To get more information on any of this call 404-255-1337, or email info@GAOvarianCancer.org   Or contact Elizabeth on facebook. 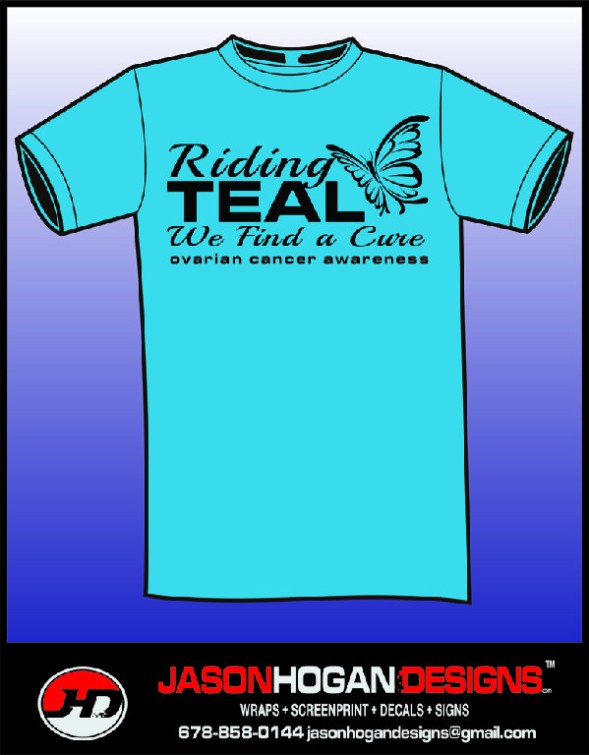