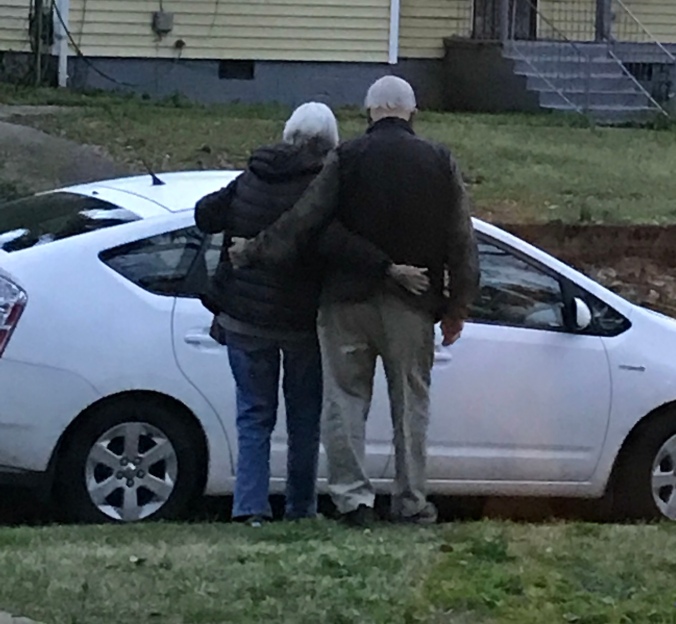 As a bit of a tomboy as a child, I considered myself a Daddy’s girl.  Still do.  I took every opportunity to traipse through the woods with Dad.  Creek walking.  Fishing. Wave riding. Canoeing. Trail riding. Wildflower hunting. Jeep riding. Hiking. Camping. Bird watching. Bike riding. Rock hounding. River rafting. Tree climbing. Sliding rock swimming. Never one for frills or lace, I was more comfortable in flannel and boots, or barefoot in t-shirts, depending on the season. When I was with my dad, all was right in the world.

As an adult, I learned my dad was a driven type A businessman.  I don’t think I fully realized that when I was young. All my memories of him are fun ones of him in a relaxed state, on family outings or on our mountain property.  It wasn’t until much later, I saw the bulldog part of him that doesn’t let go and works himself crazy until a thing is accomplished. It was what made him successful in the business world. He had two sides of him.  Still does.

One thing I never questioned between the different parts of him, was his love for my mom.  Their love is one for the story books.  They started going steady when she was 13 and he was 16.  They never dated anyone else, and have been married now for over 60 years. Their kind of love is a rare jewel. 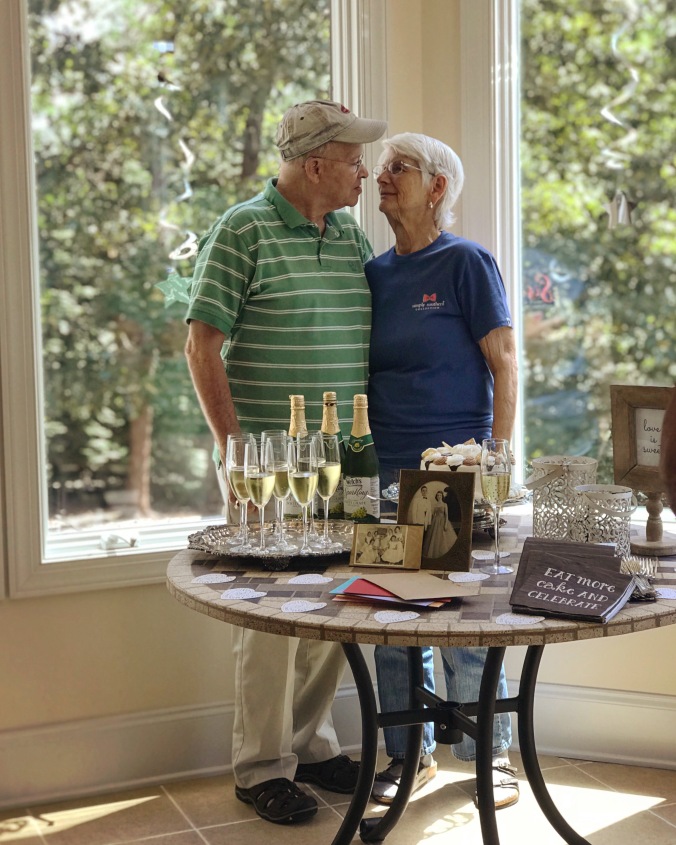 I remember watching him love her.  He called her Willie (short for her maiden name of Williford) as he came up behind her in the kitchen for a hug.  She shooed him away, but had a smile on her face when she did it. He held her hand on the beach.  He kissed her nose on the porch swing.  He made a big deal of showering her with love in his gifts to her. In all manner of little affections and bigger ones, love was visible to my little-girl gaze.

Before I forget to mention it, there were frustrations too.  He worked.  All the time.  This drove Mom crazy.  He pushed hard on things he wanted, never gave up, stressed himself out, which stressed her out as well.  He wasn’t a patient man. They bantered and bickered…though I don’t really remember any out and out fighting with each other.  They knew how to push each other’s buttons, but ultimately had the same goals and moved in tandem towards them. They grew up, together.  He let her be herself.  She supported him in everything he did.

At no time have I seen their love more clearly than I do now.  In the present, Mom’s mind is failing.  He is her fulltime caregiver. His role as bulldog is serving him well as he fights to get her whatever she needs on a day to day basis.  We didn’t really know how the caregiving part would go, as patience is not his strong suit, but I have to tell you, he is amazing. He is walking beside her in such a gentle way.  He waits on her, even when her snail’s pace about kills him.  He doesn’t push, he just takes her hand and says, “Let’s go, Speedy.” He takes every care to let her feel as much like herself as she can. When they go out, they are beyond adorable.  People have asked to take their picture just because they are such a cute old couple!

His daily goal now is to see her smile, because when she smiles she has a spark in her eyes again.  He gets her flowers.  He gets her favorite dessert at every meal.  He buys her new crayons/colored pencils for her coloring books.  He sets up her chair by the window so she can watch the birds. When he helps her up from her chair, she leans in to give him a kiss.  She giggles at him when he acts silly, so he tells her he is putting her scooter in turtle mode. She smiles at him. He walks right beside her so he can turn it off in a flash if needed.  He goes ahead of her to open doors so she can go through unhindered. When they are on a long straight section of the hallway, he tells her he is switching it to jack rabbit mode.  She laughs and laughs at his antics. She is a little girl again. He smiles at her smile. 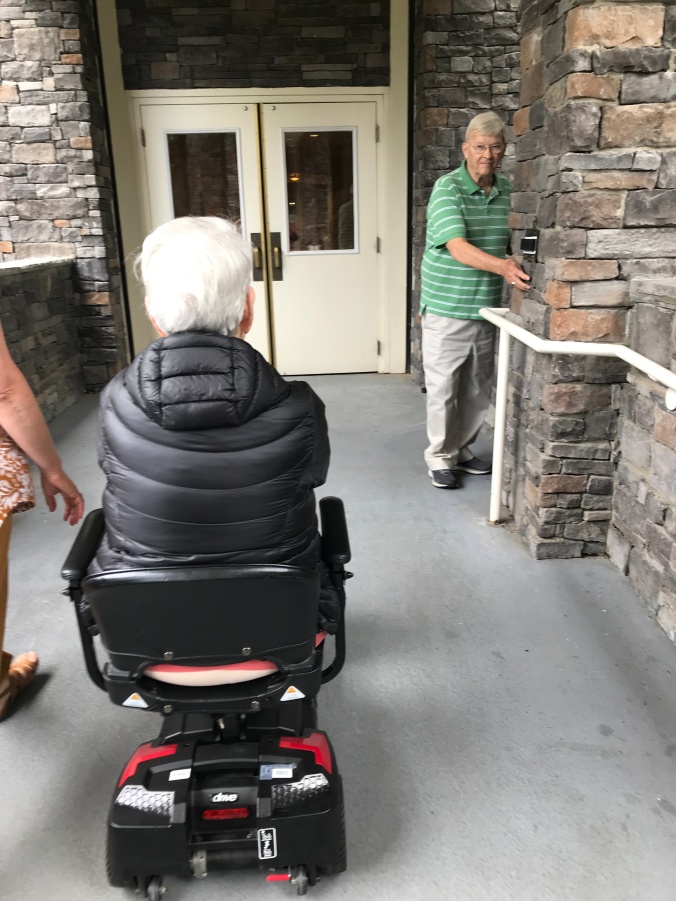 I took her to dinner the other night.  He told her it was so she could have a break and wouldn’t get tired of him. She looked at him and said, “I don’t ever need a break from you.” She meant it. When he is gone, even for a minute, she looks for him.  She asks, “Where is Mike? When will he be back?”  He is her everything.   She is completely dependent on him, which is sweet, but also exhausting.  We have hired in some help for him in the mornings, but he knows he will also need it in the night soon.

“I want us to stay together in the same place as long as possible,” he told us, “I hope we can be together to the end.”  The look in his eyes when he says it is filled with pain.  His eyes tear up. He knows.  He knows it might not be possible.  He knows he is in for some rough waters up ahead.  We all know it. But at this time, there are no agitated outbursts.  There is no wandering. Her short-term memory is non-existent, but she remembers some of the past, which includes her deep love for him.

His goal statement has us getting them ready for another move, from a one bedroom to a two-bedroom place. (same facility) They need the second bedroom for when she needs 24-hour caregiving.  Dad will need his own place to sleep, so he can be near her. His desire is to take care of her as he always has. He still has love in his eyes when he looks at her, but there is pain mixed in now.  His heart is breaking little bit by little bit.  Watching her decline is one of the most difficult things I have ever done, because as I am watching her disappear and I am watching him lose his one great love. 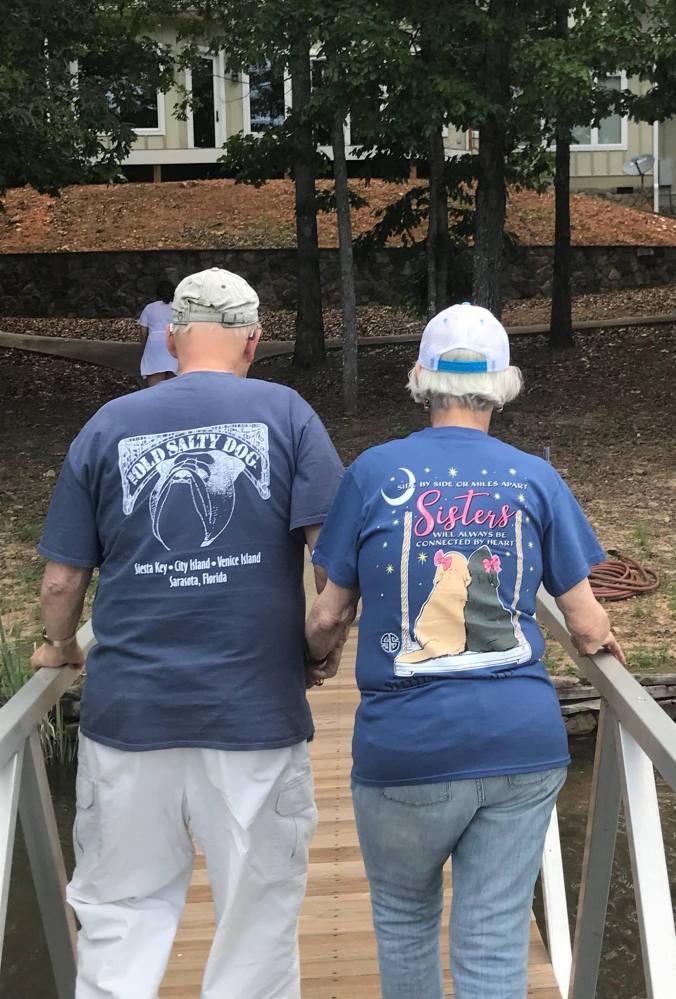 He often says, “When she doesn’t remember me anymore, I will need a place to sleep.  A room where I can close the door and be on my own while caregivers are here.” I think what he wants is a place to go express his pain so she doesn’t see it…a private place to cry. But we are not there, yet.  Currently, he lives day to day, moment to moment, trying to squeeze every bit of joy out of life while he can. Everything he does revolves around making her smile or getting her what she needs.  The two parts of him are in sync with each other.   He is living each day for her, to be with her…even today, Father’s Day.

One thought on “Father’s Day Tribute”