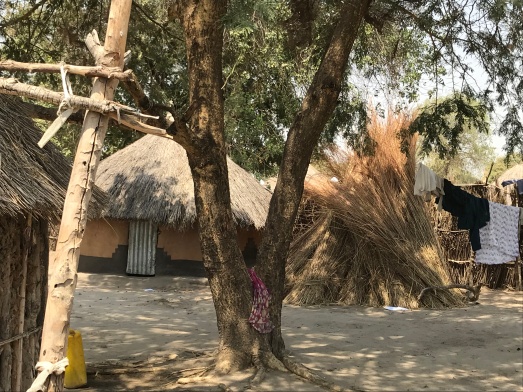 What is your measure of success?  Is it, what kind of car you drive?  Or if you have a nice house?  Is it, if you have a degree or two?  Is it, how much money you make or that you are raising great kids?  Is it, that you give back and serve others?  Or that you are a “good” Christian? Think about how you measure yourself and others for a minute.

The South Sudanese have a different definition of success which has stopped me in my tracks. They measure it this way.  None of my children have died today.  I got enough water to survive today. My house now has a roof. I found some food today to feed my family.  It is all so immediate here, in the camps. Not to mention the fact they had to journey through a war to get here. Lots of people on the roads going to and fro just trying to survive. If they survive the day they have been successful.

They have reminded me of how fragile life is and how much I take for granted. The things they work so hard for are things I hardly think about. I have water in abundance, and food and just about everything else they are fighting for. It is mind boggling to think inside the box of their limitations. 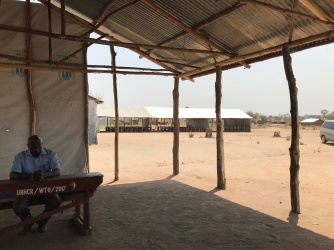 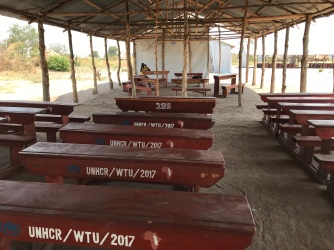 For example, I met with 3 of the teachers I will be training next week.  I saw the school, without the students, since they are on break until Feb.  They have no curriculum.  They have no walls.  They are just now getting bench-desks for the students, so they don’t have to bring their own chairs. There are 7 classes, grades 1-6, with a total of 600 students. Each classroom has between 76 and 96 students, with no resources. There are only 16 teachers total, and only 4 of them are officially trained. None of them are paid. The headmaster would like me to teach classroom management strategies, lesson planning, record keeping, and assessment for teachers who have nearly 100 students in their classrooms.

The main thing I want to bring them is encouragement!  It is so inspiring to see these men, who have all fled their country, come and teach the children.  The headmaster had oversight of many schools in South Sudan.  I told him how he inspired me, because I knew it is something deep within him. I am not sure if had I been through what he has I would take on such an undertaking.  I would rather sit and lick my wounds, but he said, “It is all about the children, and who will run our country in the future if we leave them now.”  Now, that is the long term thinking of an educator. Yet, I can see the enormity of the task is taking a toll on him. It is slow going.  One step at a time, but one step here can take months.  Getting a lunch program going is the current priority, otherwise the children leave midday and return hours later. If there was lunch on the premises they would get at least one meal a day for certain.  That meal would nourish their bodies, but also put their minds at ease from having to wonder when they will eat again.  The thought of starvation tends to interrupt concentration for things like reading and math. They are building the school to be a safe place for children.  A place of routine and normalcy in a chaotic environment.   Check out the kitchen below. Here’s the link to help. 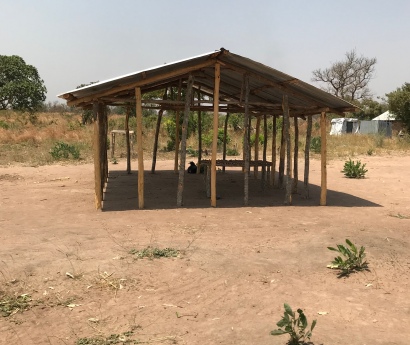 Down another road at Dreamland Children’s Home, the kids rushed the car with smiles beaming and arms outstretched.  Those smiles lit up the surrounding area.  They were some of the first genuine, joy filled smiles I saw.  Hugs were in abundance.  Those who have lost the most and are the most vulnerable have the most joy.  They brought some hope to my heart, which was overflowing with the bareness of what I was witnessing in the camp. There are 135 children at Dreamland, which is an orphanage that was established in South Sudan first.  They had to flee quickly with these children, as their village was overrun with rebels. What kind of fear does that bring? How long does it linger? 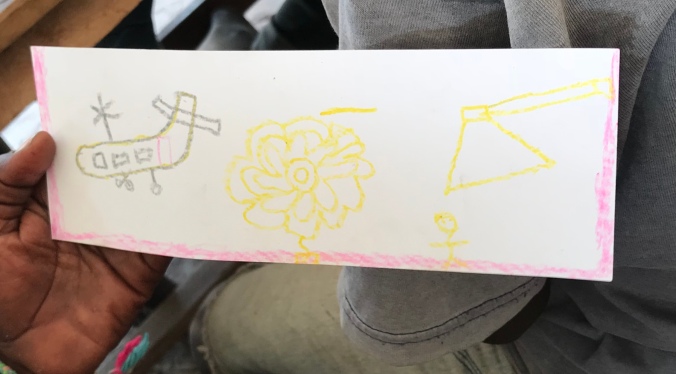 When craft time came they could draw anything, and most of the drawings were happy ones, of houses, and cups with water in them, flowers, and cars. There is resilience here, in the most unlikely of places, but it is not all sunshine and rainbows. There was one little boy, maybe 6 or so, who drew a helicopter, a flower, and an ax with a stick figure under it.  He said the figure was him, and it made me wonder what horrors he has seen. He did not tell me anymore of his story, but he was proud of his drawing. I found comfort in that the flower was bigger than the stick figure and the helicopter, because it means his hope is growing.   I am thankful for the hearts of those who lead this orphanage as well as those who support it so these kids can know some love which will begin heal their little hearts. 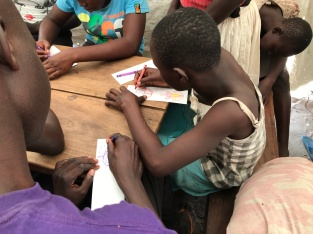 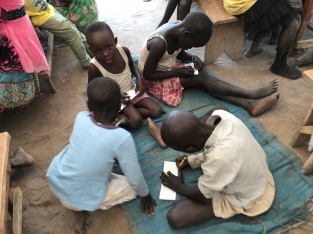 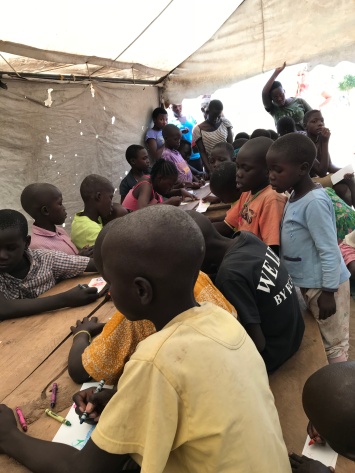 Success is measured in every culture, by the people in it.  Somehow, these strong people have measured it with every drop of blood, sweat, and tears they have shed. Success for them equals survival.