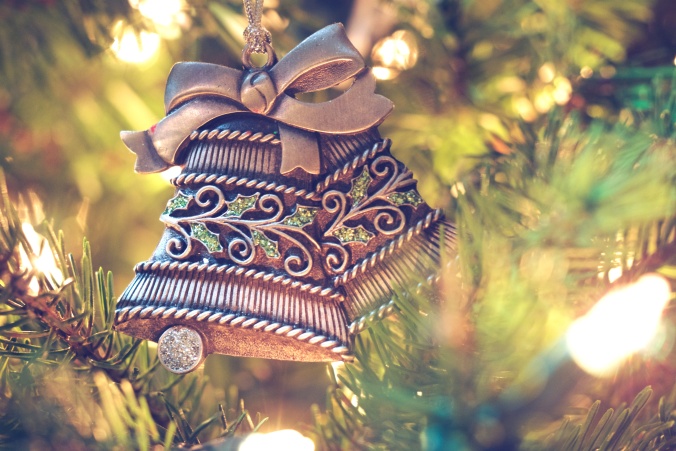 To me, Christmas concerts, plays, and productions are a required part of the season. It just isn’t Christmas until I have been singing along and tapping my foot to Christmas tunes. When I was a kid, my aunt Betty took us to the Robert Shaw Christmas Symphony every year.  I can still remember the Morehouse Choir singing Betelemehu.  It was my favorite song of the whole concert because of the clapping and drums. There were also some years we went to the lighting of the Great Tree at the downtown Rich’s where I listened to each choir on the bridge sing. When the soloist in the last choir sang the big note in O, Holy Night, the tree came alive with lights. Whether I was standing on the street below or watching it on television, I got chills…every time. I think those early experiences are what set the tone and helped Christmas productions become a personal tradition for me.  I have expanded my musical listening from traditional songs of the season to more modern and everything in between, but I still love them all.  I am up for pretty much any Christmas show because it is my favorite time of the year.

For years, my family was on the stage, with me in the audience cheering for them.  I watched my kids grow up from young children to teenagers in the lights of Christmas productions.  From Narnia to Bethlehem, and every single band concert in which Sleigh Bells was performed, my kids were in the midst.  I even birthed a child just in time to be Baby Jesus one year. I held my breath as he played his role, praying he wouldn’t cry and spoil the scene.  Mary was equipped with his pacifier and some toys, just in case.  I wanted my son to be a “good” Baby Jesus. 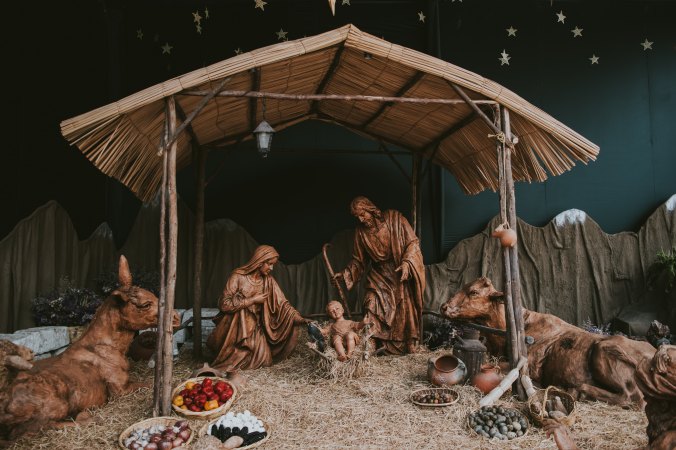 This year I have been to several Christmas concerts already.  I started the Saturday after Thanksgiving and I still have more to go. At one of the productions I went to, the Baby Jesus was not just crying, he was wailing.  A beautiful sitting Mary (not his real mom) passed him to Joseph, who was standing, so he could try bouncing him. Joseph passed him back to Mary when bouncing didn’t work.  She tried swaddling his blanket tighter and putting the pacifier in his mouth.  He was having none of it.  As the shepherds came, Mary and Joseph turned the baby around to face them in an effort to distract him, to no avail. That lasted about 1 second. The kings arrived, presenting their gifts to a screaming baby who could not have been less interested. The choir kept singing louder trying to drown out the ear-splitting shrieks. The audience chuckled with uncomfortable laughter.  Somewhere backstage, I imagine the ‘real’ mom was cringing and pacing, probably with a shirt which was soaked from where her milk let down at the sound of his cries.

I was struck at all the efforts made to pacify Jesus, to make him appear as something he wasn’t.  I think we all want him to be a ‘good’ baby who personifies what we believe. I know when my son had the role I was praying he would be perfect, like Jesus was perfect.  We want him to have a glowing halo with a smile and never a whimper, because he is God and is all knowing.  He was God…but he had skin on.  Flesh.  Flesh that had needs, and a spirit which was perfect.  We want the picture of what a God-child would look and act like.  He’d be nothing like a real baby who wails and has needs. He’d be nothing like a colicky child who doesn’t sleep and cries for no reason.  Mary would have it easy handling a baby who was God, right?

The show went on despite the screaming Jesus.  As soon as was possible, he was whisked from the stage so as not to disrupt the production.  But it left me wondering, how often to I try to pacify Jesus?  How often does he disrupt things and I whisk him away rather than seeking to find out what he wants?  How often do I wish he would just smile and be quiet rather than making a big deal out of something?

My opinion is he was born to disrupt things.  I think he still disrupts things today, and I bounce and pace and try to get him to be quiet. His words pierce hearts and change lives.  His actions confound human logic.  I mean, he came as a baby…not in a castle or hall of justice or a temple.  He was born to the poor and the poor in spirit, and they will always see him because they have need of him.

He interrupts lives going in one direction and changes them.  He interrupts mindsets and hardheaded stiff-necked ideas, and softens them with his pointed questions. He interrupts false gods with his truth.  He pretty much interrupts and disrupts everything that isn’t based in God’s love.  He is love personified.  My prayer this Christmas is to be interruptible and to interrupt. To be aware of when he is nudging me to speak to someone and interrupt their lives with a prayer or a kind word.  Or to be interrupted as I go through the days and weeks of the year, to get out of my own life to look around me and to truly see those around me in need.  The baby is crying to wake us up, to interrupt our views of him and to make us uncomfortable. I squirm when he cries, because I desire to stay in my comfortable chair with my comfortable view of him as a helpless little baby who smiles all the time.  He is not that baby.  He is one who is hungry for those who will seek the why to the disruptions he puts in our paths.  He desires those who will not whisk him away out of sight when he is crying, but who will instead enter in and find the heart behind the tears.  I don’t want to be one who pacifies him, but lets his disruptive voice be heard in my life to take me out of my comfort zone, so that his cries are not in vain.  Emanuel…God with us.

4 thoughts on “Disruption and Interruption”