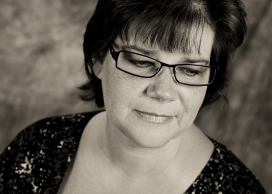 It’s a leap year and for some reason I hadn’t realized that until this week. When I did I had a flashback moment to leap year 1988. Not sure why that happened, but my memory jumped back in time to when Bill was in the hospital during a leap year. It was also an Olympic year and the closing ceremony was one day before the 29th. Maybe that is why I remember it so clearly, like it was yesterday.

I thought the Olympics would help bring a breakthrough for Bill’s injured brain. We had always loved watching all the winter events, probably because we were big snow skiers. In fact we had returned from a ski trip to Colorado one week before his accident. Our love of The Games was the thrill of the competition, the anticipation of each event…we were in awe of the spectacle of it all. To this day, we still love the Olympics, but all those years ago I had hopes of my husband sitting down to watch and remembering. I just wanted him to remember something. Anything. I just knew the Olympics would be the trigger to his memory of our lives together. I was wrong. 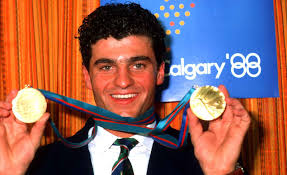 Instead, he could barely sit in the day room of the hospital inpatient rehab unit where he was living. Each night I would try again. We would sit in front of the television screen with all the other head injury patients. (That was quite an audience let me tell you!)   By the 3rd night most had given up even trying to watch, but not me. I was determined to bring back some memories, plus I wanted to watch…even if he didn’t…I was interested in the competition…that, in addition to the fact that the games were being held in Calgary Canada. Our honeymoon was to the Canadian Rockies and Alaska. We had daydreamed of going back to Canada for the Olympics as a kind of anniversary trip. We knew we would never be able to afford it, but it was the stuff newlywed dreams are made of. I couldn’t help but think that something on that screen would take him back to our time in that beautiful country together.

Instead, he paced. Each time I would get him to sit down he would last about 3 minutes before he started circling the room. And then he wanted to go into the hallway to walk our regular circuit, which we did several times each night. By this time in his recovery he was out of the wheelchair most of the time. He had the infamous “rehab” belt around his waist and when he was up I was required to be by his side and holding onto the belt in order to steady him lest he fall. We certainly didn’t want him to hit his head again! The only thing was, he HATED the belt. Didn’t want to wear it and didn’t want me to acknowledge its presence. Rage and tantrums were in abundant supply anytime I tried to hold onto the belt the proper way. Therefore, when he was walking I was doubly sure to be close enough I could grab it just in case he went down. I was stuck like glue to his side at all times, and constantly watching his every uneasy, unbalanced step to determine if I needed to quickly grab a hold. It was like having an angry toddler and my dreams of sitting together on the couch watching our favorite sports faded into wishful thinking.

After day one, I realized that I wouldn’t get to watch the Olympics uninterrupted unless I recorded them on the VCR at home. My days consisted of going to work and waiting tables, then going from there to the hospital to walk my husband until he went to bed. After tucking him in, I left and went home to an empty house, fitful sleep, and bad dreams.

During the Olympics of that year, I went home curled up on the couch and watched the recordings of the events from each night. I can tell you it isn’t nearly as much fun to watch by yourself. Those Olympics were some of the most memorable…The Battle of the Brians, Alberto Tomba, the Jamaican bobsled team, Dan Jansen, Katarina Witt, and Eddie the Eagle. (Ah ha moment…in the deep recesses of my mind I think the opening of the movie Eddie the Eagle in a leap year may have triggered this whole walk down memory lane.)

Each night, I changed out of my work clothes into my sweats. I fell onto the couch, wrapped up in a quilt, and hit the play button. I allowed the Olympics to carry me away. It was an escape of my reality for a few hours each night. Yet even in my pretending that all things were normal, my eyes knew the untruth of this nightly farce…and each night they filled the couch pillow with tears of grief of all I had lost as I watched alone. Several mornings I awoke to find myself still on the couch in front of the static filled TV screen, with swollen eyes, and mussed up hair…wishing the leap year, the year of the extra day, would somehow leap over me and bring my life back.