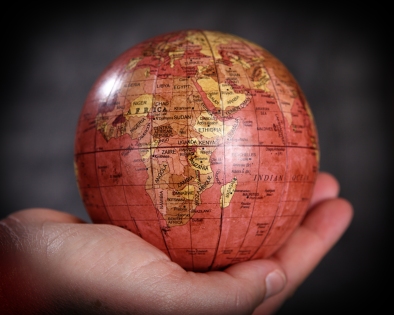 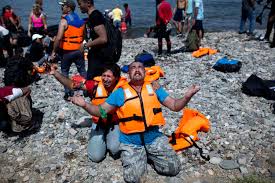 And they are right. They look at me and they see the fear. They see my desire for safety that supersedes my capacity to love. I am a hypocrite. I am an armchair Christian who would rather sit and tell others how to live than to live myself. I am just like those who watch football, who have never even played the game, who believe they know better than all the coaches what play should be called…those who yell at the TV, because they feel as if every missed opportunity is a personal attack on them. I am one of them who sees so “clearly” what the right thing is, that I will not even consider that someone else might know more about the issue than I do. 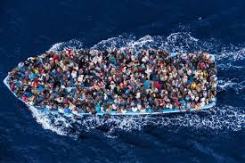 The undoing of my hypocrisy began several years ago during my cancer battle. Where my mantra of “just trust God” took on new meaning, because we all know that God doesn’t always protect his own…at least not in the way we profess that he does. Some people, who love him greatly, do not get healed. Trite words, which I had always thought were such a comfort to those I said them to, fell empty on the floor all around me, uttered by well-meaning people like me. The reality becomes an up-close-and-personal one when you don’t know if you will live or die. Trusting God takes on a whole new meaning when you realize you may have to trust him to raise your kids when you are gone.

Then my big-hearted daughter decided to go around the world on a mission to help those in need. Fear once again gripped my heart. I was face to face with my “trust God with your kids” speech. Was I going to believe it, or not? While she was gone she faced illness, political unrest, and natural disasters much to my dismay. Her take on it was a calm and steady belief that God was in control. Where in the world did she get that crazy idea? Oh, right, I taught her that. At least I did with my words. I am thankful that God knows that the desire of my heart is to grow in him, and that he does not leave me the same person as I was before my trust was challenged. In fact, I kind of think challenging my trust is a big part of his job.

I could continue to give you more examples of where the rubber met the road in my life, but you get the idea. The thing is that I think we are all hypocrites to some degree. I think once you realize the truth of that statement and you own it then things get easier.  I have come to see that only God really knows the truth, and he doesn’t need my help to prove it. The truth proves itself. That is such a freeing thought. I guess time will tell. Until then, I have decided to stop being an armchair Christian. I have decided instead of sitting on the sidelines and watching with contempt, I will choose to be in the midst of life where he leads me. 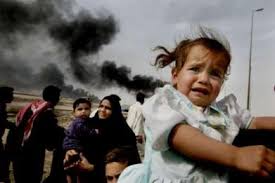 My heart is breaking for the refugees. I cannot help that or change it; no matter how fear tries to grip me…my heart is breaking for them. They visit my dreams every night.  It will do no good to argue my point. I would be arguing with my old hypocrite self…who would never listen anyway. Instead I want to do something for them. I realize that you may not feel the same and that is perfectly okay. Maybe you feel for homeless veterans…so do something for them. Or you might be pulled towards single parents…so give them a night off by taking the kids. Or maybe you have a heart for hungry kids…so feed some. I guess my point is, we will never all agree on what to do or not to do and what God puts on my heart may be entirely different than what he puts on yours. There is a bit of beauty in that I think. My commitment is to stop being an armchair Christian. It is a call to myself to take action instead of taking aim. It is my answer to my children’s generation that, “Yes, I believe the things I taught you are true. Let me show you what I mean.” Challenge accepted.

4 thoughts on “I am a Hypocrite”