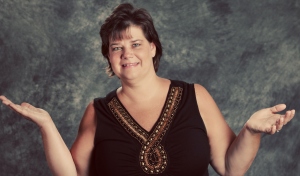 They got me at a weak moment. I don’t know if it was the fact that we haven’t had a vacation together in years, or that I was just not thinking clearly…but when the voice on the other end of the phone said, “You qualify for a free trip” I agreed to it. Shortly, after I realized I had just signed up for a sales presentation I called to cancel, only to find it was impossible to cancel unless I was willing to pay for the “free” trip in its entirety. I tried postponing it…for a year, to no avail. I was stuck, and so this past weekend Bill and I embarked upon our journey, repeating to ourselves “no we are not interested in a time share” for the entire ride to Williamsburg, Virginia. 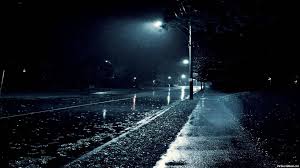 I must say we got off to a bumpy start. Leaving well past what we had planned, we ended up hitting 5:00 traffic in Greenville, and race traffic in Charlotte. It was an 8-hour-turned-10-hour kind of a trip. When the rain started I just chalked it up to this is what you get for saying yes to a telemarketer. It was dark, it was wet, it was incredibly late and we were in the Middle of Nowhere Virginia. Joy to the World. It couldn’t get worse, right? Wrong. It seems that when Bill took over the driving from me in Nowhereville, we neglected to check the fuel gage. (I say we, but it really was HE…I’m just trying to be nice so he won’t look bad on my blog site.) So just down the road from Nowhereville, we came across Desolate Place. As we approached this place where we were the only car on the road, in the rain, at midnight, in the dark, our fuel light came on. I was attempting to sleep when I heard Bill say, “Uh-oh.”   This is never a good sound…but on this stretch of road it is a particularly bad way to wake up. Let me explain.

Flashback to 20 years ago, in about this same spot on the road through Virginia. Only, then I was not the only one sleeping. There are four little ones in the back of our old, beat up van. They are all sleeping when I hear “uh-oh” and we glide to a silent stop on the shoulder. My husband informs me that we are out of gas. It is 3:00 a.m. and there are no such things as cell phones. He locks me and our four children in the van and begins his walk to the nearest pay phone which is a mile or two away at a rest stop. He phones the police who graciously take him to get gas and bring him back to his nearly panicked wife and children. It was a couple of hours of me wondering if my husband had been hit by a car, kidnapped, or gotten lost. I was just wondering if I would have to load the kids up and walk them down the side of the highway in the dark, and if I did what I would tell any person crazy enough to pick up a mom and her 6 month old, 2 year, 4 year and 5 year old, when the police saved the day and brought us gas and my husband.

Back to my story. So at least this time, there was a fuel light to warn us…and there are such things as cell phones with apps on them that tell where all the closest gas stations are. However, when the car tells you that you have 7 miles till empty and the nearest station is 7 miles away it makes for a stressful ride. Then when you, by some miracle, arrive at said station and it is closed the knot in your stomach grows bigger. One thing about cell phones is that they run on batteries…which have to be charged…by chargers that work. Ours does not. Fortunately we have 7% battery, so we attempt to look for the next closest station to Desolate Place. We find that there is another station a short 3 miles away. We are riding on 0-miles-to-empty. We continue to follow the GPS praying that the phone doesn’t die. The lighted parking lot is like the light at the end of the tunnel pulling us towards it. I say, “Go towards the light!” And so we do. We make it to the pump but not before we notice the only lights on are the parking lot lights. The sign is not lit. The inside of the store is completely dark. We have reached another closed gas station in This-Can’t-Be-Happening Virginia.  Bill makes the understatement of the year when he says, “We are in real trouble now.”   I am in the car praying our phones have signal and enough battery to call in the Cavalry. Bill is close to melt down mode and in his desperation he slides his credit card into the pump.   Unbelievably, it lights up and asks debit or credit. He types in the information and, in faith, puts the pump into the tank. We instantly relate to the old lady in the Bible whose oil never runs out even though her jar is empty. We are dancing in the dark, rainy night as our tank fills up from a dead gas pump. How does that even happen? Who cares how…we just celebrate that it did!! And Bill says to me, “You have to do a blog about this one.” And so I did.

I am happy to report that we filled up and got back on the road where we passed the exact rest stop where he made that call all those years ago. Note to self…when riding in Virginia, make sure you fill up before this stretch of road next time. We made it to our destination, had a lovely free vacation in Williamsburg (probably more blogs to come on that), got our promised $200 cash and voucher for another free night stay. All we had to do was attend a 2 hour sales presentation and say NO for four hours. Piece of cake…because we had 10 hours of practice.