Back to the story…

I was waiting tables as much as possible…until I thought my feet would fall off. Bill couldn’t hold a job, so he was pretty much wandering the mall. Our rent was cheap, but our expenses at home were still high since our house had not sold. It was a struggle. The pressure fell to me since Bill was kind of unaware of the enormity of our financial situation. However, in the midst of this huge burden, God supplied. Family came through in a big way, but it wasn’t only family. I would go to the post office and there would be money in the mail… checks, right when we needed them. Some came from those who knew how bad things were, but others came from unexpected places. One month our landlords had to fix some things in the house so they dropped our rent. One week my tips went through the roof even though I was working the same number of hours. A rebate check came from something that I had sent in months earlier…it had been delayed because of our move, but arrived just in the nick of time. Cash…just showing up from seemingly random places all the time.

I believe all of these things were to teach me that God would take care of us. Even in our dire situation, he was going to make sure we were covered. I cannot tell you how long it took me to trust him in this way, but these days in Tennessee were the beginning of seeing him as my provider. I was still wrestling with him, and yet he was caring for me. I was grieving and blaming and angry, yet money came to me in the mail. It became so overwhelmingly obvious that it was all orchestrated by him, that it melted my heart of stone. I would regularly have tearful melt downs at my P.O. Box because of the timing and variety of places the checks came from. I began to relax a bit to know that somehow, some way everything was going to be alright.

We had been there in Tennessee for only a few months, but it seemed much longer. It was the hardest time of my life in many ways. Adjusting to my new world was not easy. I can be pretty stubborn, and I am set in my ways. Change is hard for me. Looking back at it I have decided that maybe this season is why I prefer for things to always be the same. Maybe this is where my fear of change came from. All I know is that in the midst of all my turmoil God came through. Every. Time.

One day I received a phone call. I was sitting on my couch looking out the window, exhausted from my work and knowing I had to go in later that evening to do it all again. I was wondering how long I could live like this. This job was supposed to be temporary, until Bill found something, but now that I knew that wasn’t possible I was thinking that I needed to find a different job. I was very tentatively talking to God about it…my relationship with him was on shaky ground but I was beginning to trust him enough to share some of my heart again.

The phone rang. On the other end of the line was a man named Richard Davis. He was the director of the Developmental Disabilities Ministry of the Georgia Baptist Children’s Home. He introduced himself as a friend of my parents. He said that the ministry he worked for had a need for some house parents in one of the new homes they were setting up, and he thought we might be interested.   We discussed what the job entailed, living with and caring for 6 mentally impaired adult men. And the start date…in two weeks. In my way of thinking it seemed too fast for us to get moved back to Georgia. I asked about pay…knowing that ministry pay is usually low. He told me that our housing would be covered, our gas would be covered, our food would be covered, and they provided a van to drive and healthcare benefits, plus a $2000 monthly salary. Virtually no expenses…plus a salary! I am not even kidding. Once I said I was interested he interviewed me ON THE PHONE! We had a serious talk about Bill’s condition because I wanted him to be aware. He asked me if I thought he could handle it and I told him honestly I didn’t know, but that I would be willing to make the move and try if he was willing to hire us. He said, “You’re hired.”   Less than five minutes after I opened my heart God supplied my need. And not just a little bit…in a huge way. 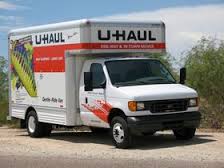 It wasn’t as hard as you might think. He loved the idea of working again. He had insecurities about the job itself and his ability to carry it out, but most of the time he was glad that we found something we could do together. It was the speed at which it all took place that was the difficult part. We informed our landlords, and my boss as soon as we knew. We began packing everything up immediately. The house we would be moving to was newly renovated and since it was a long term home for these men…it still needed to be furnished. Our stuff would have to go into storage. Not knowing exactly what we would need, we had to label everything a bit more specifically than usual and store it accordingly…just in case we needed something. It was all very whirlwind like. Funny thing…once we agreed to this job, our house sold. In one week, everything changed. God proved himself to me…graciously. He did not have to, but he showed himself more than capable of providing our needs. That was a lesson I would need to remember as we went from job to job and house to house over the next few years. But at that time in my life, I only knew what I needed at that moment, and it was provided to us.   That was enough.

My wrestling time in TN was as precious to me as it was difficult. It was absolutely just what I needed. It is where the emotionless tears that started the telling of my story originated. In my rush to move us back to Georgia, I never had time to truly process all that had taken place up until that time. I was in survival mode…for years. All along the way there are lessons, but this season in TN is where I settled many things with God.   I made a choice to stay with him…and with Bill. It was wrestling that resulted in my choosing to trust again. I walk with a limp still, but I know that God has blessed me beyond measure.