I was suffocating. In my own house. The loss of the baby merely added another loss to grieve. Walking in the door in the afternoon each day, I could hardly breathe. I think that trauma does that to you. Just covers you like a wet blanket. It is heavy, and prevents you from seeing clearly, or moving in any direction. Walking around in this zombie like state was exhausting. I could only put one foot in front of the other. My whole body was sore all the time, and it was like a fog to make it through each day. It is why the doctors and therapists told us not to make any major life changes for at least two years after the accident. Getting pregnant, and losing the baby blew that little rule right out of the water.

For the first time, I envied Bill’s head injury. Walking around in a daze, he was oblivious to grief…for him out of sight out of mind. Disconnected from emotion…honestly I was jealous of his ability to disengage his thoughts and feelings. How nice it would have been to be able to forget and move on. The more I thought about that the more sense it made. Move on. The idea to flee the pain started as a flicker, but didn’t take long to burst into full flame. The lack of oxygen in my world forced me to gasp and grab for air. I was drowning and nearly in panic mode, so I decided we would run away. 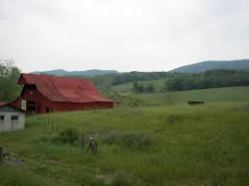 While we were at the zoo after the miscarriage, our friend David mentioned an idea. He and Bill had always wanted to start a retreat center for pastors. In college, they had schemed and planned to one day offer a safe place for pastors who were burned out, or had fallen, or just needed a place to be renewed and refreshed. He invited us to come to Nashville to begin talking about starting just such a place. After a few days of suffocating, the idea made sense to me…in fact it was the only thing that did. Go away…start over. Leave the pain behind. (Of course you can guess how well that worked.) What a brilliant idea! I don’t know that he expected me to jump at the idea, but I did. It wasn’t hard to convince Bill either, as he was about 6 years old at the time. He had moved past the most violent stage of outbursts…his 2 year-old temper tantrums…and was learning to control his anger somewhat.  The plan was hatched. Sell the house; rid ourselves of at least a portion of financial troubles. Get away from the memories from the bathroom and the holes in the walls. Fresh start. Clean slate. All of it sounded so new and hopeful.

Looking back, I think that this decision was the only one I could have made at the time. Remember I was nearly in a panic mode, heaviness weighing down on me…causing me to sink below the waves of grief and loss. I did not have a counselor to tell me it was not wise, or that there were less drastic ways to get air. I needed distance from my life, to try to rebuild some semblance of order, and figure out a new normal. I was determined to make things work. Tenacious they call it. I put a sign in the yard, quit my job, loaded up my husband (who had already quit going to therapy), and a few belongings in a truck, and headed to Tennessee. Everyone thought I was crazy. And they were absolutely right. I was crazy and I ran away, scaring the crap out of all of them. The closer we got to the little one room cottage we had rented the more I could breathe. It was working. We went out of the hustle and bustle of Alpharetta, and into the countryside and rolling hills of Greenbrier, Tennessee. Just outside of Nashville, we moved… without jobs, or a support system, or money, or doctors, or therapists. Mom and dad helped us unload and Mom cried all the way home.

3 thoughts on “Running Away”