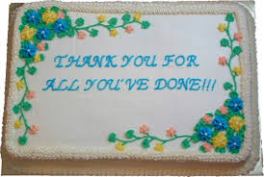 There was cake.  I remember the cake.  Not what it looked like, but that it was there in Bill’s room with the medical staff stopping by to get a piece.  I am not sure where it came from.  My guess is my mom bought it, but I can’t remember for sure.  Neither do I remember who was there, only that Bill’s bags were packed to come home.  The long awaited day had finally arrived.  He was serving as if he was a waiter in a restaurant, and any person that happened by, got a smile and a piece of cake whether they were a part of his team or not.  The staff was all smiles as we showed our appreciation.  He had quite a team, the physical therapists, occupational therapists, neurosurgeon, plastic surgeon, lab techs, radiologists, social worker, psychologist, all the nurses, sitters, and aids.  It was a going away party to be remembered.  Bill was one of their favorite patients because of his jovial sense of humor which was on display all the time, except during melt downs which were limited mostly to evenings after they were gone for the day.  They seemed genuinely sad to see him go.

After the party, we left to go home.  I don’t remember the specifics.  My journal stops abruptly on this day.  The pages after it are all blank, due to the fact I became the sole caretaker for a 22 year old toddler.  I think since he had been home for a couple of weekends it wasn’t so foreign to him.  We had gotten past the tour and his fear on the first home visit.  By now he was comfortable with the space.  He remembered it, not from before the accident so much as from his weekend visits.  We had started to adapt to each other again, somewhat.  Or maybe I should say I had started to adapt, he was unaware than anything had changed much. It is a common thing for head injured people not to be entirely self-aware.  It is not that they don’t know there are differences exactly; it’s just that they are living in the current moment.  No past to speak of and the future cannot be predicted.  At least that is how Bill was.  If he had an outburst, in 10 minutes he wouldn’t remember it at all.  If I asked him what he wanted for dinner he didn’t have a clue.  Decisions overwhelmed him because his ability to sort through the options and narrow things down was missing.  It was too much to think about all the choices and after a few minutes he would look to me like a child who was not confident and wants someone else to figure it out.

I had come to realize I was going to have to teach him everything about everything.  Good thing I was a teacher!  I knew how to break things into smaller steps.  I knew how to explain without getting to impatient.  I was overjoyed to have him home so we could get on with life.  I just knew that now that he was home for good he would snap out of his childlike mindset and he would step back into life as it was before.  I was wrong on that, but I cannot stress enough how much I wanted to believe it.  I think that it is a normal state of mind to hope for the familiar.  I am a routine kind of girl.  I have a plan, and I wake in the morning with a list of what must be done for the day.  At least that is how I had been, but head injury changed all that.  I tried to teach Bill how to formulate a list.  When they said it would help him I thought, ‘no problem…lists are my specialty.’  However, it was a big problem because Bill never was a list person, and he resented and resisted the idea that he would have to make lists. So we stood a crossroads.  He needing a list but refusing it, and me having a list and having to let it go.  Somehow at this place we intersected.  I stopped being so unyielding in my daily routine…because it was like having a toddler and the day depended on his moods.  He tried to find a way to order his days.  It was the first of many changes we had to make in the way we had functioned before.

When you are in the hospital, with medical staff caring for your loved one you don’t have much time for self-reflection.  You are in survival mode.  When they get home is when the hardest part starts.  Suddenly (it felt suddenly anyway) I was his everything.  Therapist, nurse, doctor, mother, and wife.  Wife being the last on the list.  I had many new roles, and I semi-lost my old one.  It required me to change.  He changed and so I had to as well…to adapt…to let go of expectations…and dreams…and what our normal would look like. The differences were stressful, but at the time I was unaware of any of this.  I had not yet figured out that nothing would ever be the same again. I was in my home with my husband.  I thought the event was finally over and life could get back to normal.  In reality, the wrestling with God was only about to begin. 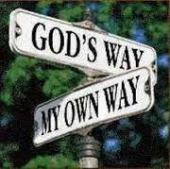