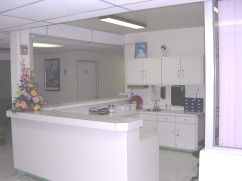 I rounded a corner and came face to face with life.  A spark of it anyway.  A small, tiny spark that ignited the hope in my heart.  It was an afternoon like all the others before it.  I had worked all day and was trying to gather my second wind for whatever I would face at the hospital.  As much as I loved getting to see Bill, I never knew what the reaction would be, or what mood he would be in.  His days of therapy were as long as my work days, and so he was mostly tired which led to angry outbursts or agitation or both.  He always knew who I was and that was progress. I focused on the miniscule forward steps.  Usually there were difficulties to report, and like a parent at a teacher conference, I was usually at a loss as to what to say when confronted with the reality of the condition of my loved one.  Then there were four hours of listening to Bill talk and walking the floor and hallways with him to try to get him calmed down enough to tuck him in so that I could get home to start the whole thing over again the next day.

But on this one day, when I turned a corner, he stood at the nurses’ station.  He turned his head and smiled at me with a smile that reached all the way to his eyes.  “Hey Shell.”  It was a simple greeting, but the spark of life that was in his eyes was like water on thirsty ground to my dehydrated heart.  I remember everything about that moment.  The shirt he was wearing, (it’s still in my dresser drawer as a reminder), the look on his face, the steps I took, where he was standing.  All of it is like a snapshot with a telephoto lens.  Crisp, clear and close-up.  As I turned a corner, so did he, and that one moment made all the difference.  Not in actions, there were still plenty of volatile moments to come.  Not in recovery, he was still a small child in his brain and it would still be years before he was fully restored.  But in hope…in the knowledge that things were going to get better…in the prayers that were answered, maybe not in the way I wanted, but answered nonetheless…it was the culmination of months of standing firm and believing as best as I could.  My hope was no longer deferred, but right in front of me…alive and in person.  From that day on, Bill was present.  He was there with me in the hospital, no longer vacant and staring into space.  No longer a flat expressionless face, instead his smile welcomed me, and his chuckle that invited me to stay.  The mischievous glint in his eye that has always defined Bill Gunnin, was back. 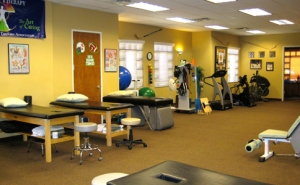 He no longer needed a sitter.  His team was no longer talking about sending him to a special home in Texas for the head injured.  His therapy goals changed from life skills to job training.  My Bill had returned, in a childlike state perhaps, but the fact he came back to me was the shot in the arm I needed to keep going.  We walked the halls as always, but now we made numerous stops at the baby nursery window.  He daily talked about one day when we had kids of our own, as a child might talk about wanting a doll to play with.  It was like he woke up and decided we needed to get on with our lives.  He began to help out in the day room, taking trays for other less mobile patients as they finished eating.  He stopped thinking everyone was trying to kill him and started to cooperate in therapy more.  The doctor told me that Bill had a huge desire to go home, which meant home was place he felt safe.   They began using a trip home as an incentive in his therapy which motivated him to try harder than before.

Looking back I can see that I had no idea how long the road was still ahead of us.  I thought this turning point was the end of my wait, but it was only the beginning.  I think it is a good thing that God does not always show us what is directly ahead of us, because if I had seen how hard things would get at that point, I might have given up, but I am a stubborn woman.  Hard-headed I have been called.(Imagine that! 🙂 )  I do not quit, even when I am tired, or weary.  I might sit down, but I don’t give up.  A corner was turned and I figured there was no going back and that was enough.  Enough to help me put one more foot in front of the other…on the way to the next corner.